✦✦✦✧ It’s immediately apparent that this is less a collection of bangers and more a sonic journey, likely intended to be consumed in undisturbed sequence. Any hopes for analogues to “Sober” or “Stinkfist” are bound to disappoint; while the tracks flirt with delivering the metal goods, this album is not mosh pit fodder. Yet, perhaps that’s the whole point of Fear Inoculum, an artifact of the band’s steady, decades-long, and (if you’ve been paying attention) unsurprising transformation into a mellower, math-obsessed jam band. Also familiar will be several riffs, rhythms, and chord progressions which feel like they were lifted from 10,000 Days. What is surprising is the current strength and inscrutability of Adam Jones’s guitar work; at last, his penchant for drop tuning has become a mastery, making his playing nearly transcendent on every track. Also, this is the cleanest, lushest production of Tool’s catalog, even with their current fetish for distracting effects (e.g., delays, nonwestern percussion, and 80s synthesizers). Maynard Keenan once again nails the hat trick of seamlessly layering his vocals on top of impossible time signatures… although I do miss his once-signature screaming, utterly absent on the album. And of course, Danny Carey and Justin Chancellor are generally faultless as ever. 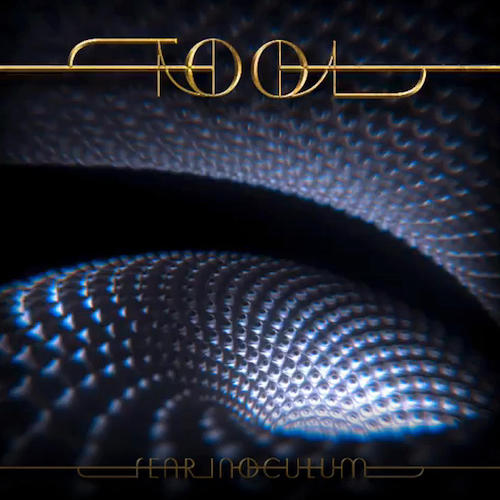