Although the show was delayed for half an hour due to an equipment malfunction, the Priest delivered the goods (see what I did there?) as only they can. Rob’s voice sounded strong from the onset and if anything only got better over the course of the two-hour show.

I caught At the Gates in Ebisu, Tokyo, where I used to live when I had money. I was grading papers all day, so I arrived just before curtain. First up were openers Engel. I immediately noticed Engel were Engelin-less: Niclas Engelin, the band’s founding guitarist and presumably the source of their name, no longer tours with his band, I guess because he joined In Flames.

I well understand the importance of keeping oneself well-fed and hydrated for these grueling festivals. Also, since when are we worrying about what time of day is the start of our drinking hours?

I’ll have to check out Crossfaith — as is not unusual, I’d never heard of them before! And, you’re going to make me re-listen to Korn and Trivium, dammit.

Completely sold out, Knotfest Japan launched in the crisp, cold morning with two opening bands, including the Japanese hardcore band Crystal Lake. Their brief set got the crowd warmed up, with hardcore fans “picking up change” in the pit and the rest of us head-banging.

The merch line is epic.  It opened at 8am.  I took this picture at around 1pm.  Somebody’s getting paid! 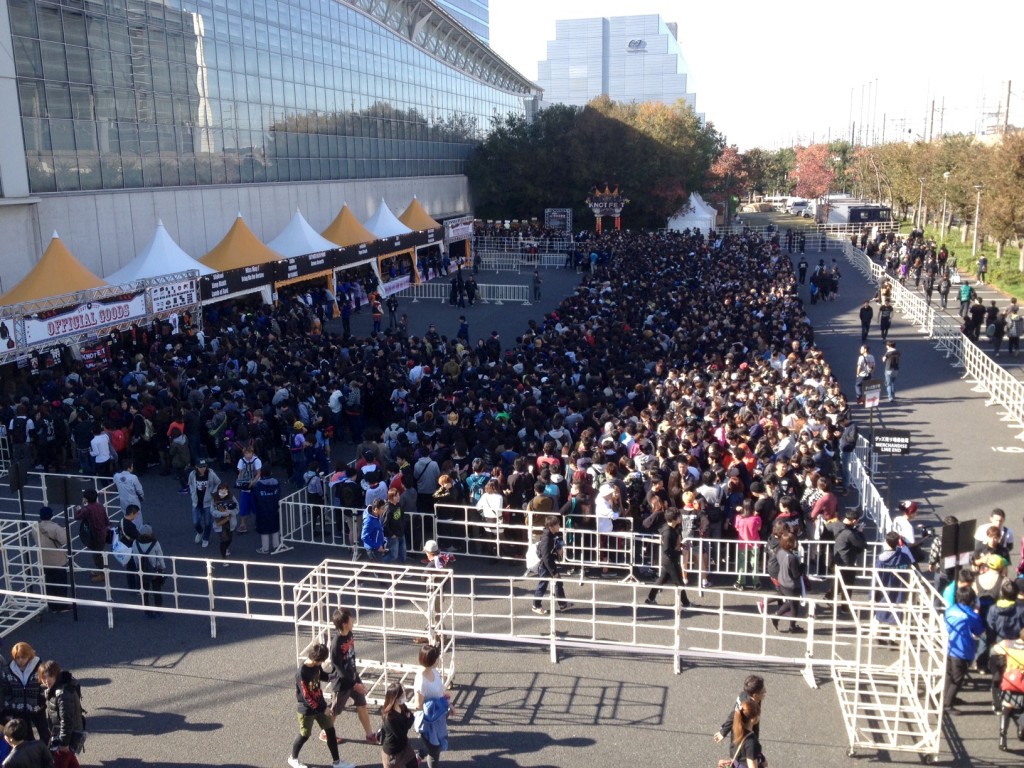 I’m coming at ya live on location at Knotfest Japan! It’s still early going on Day 1, but I can report it’s completely sold out, unseasonably cold, and I saw Fred Durst. He joined the Japanese hardcore band Crystal Lake on a early morning cover of ‘Rollin. 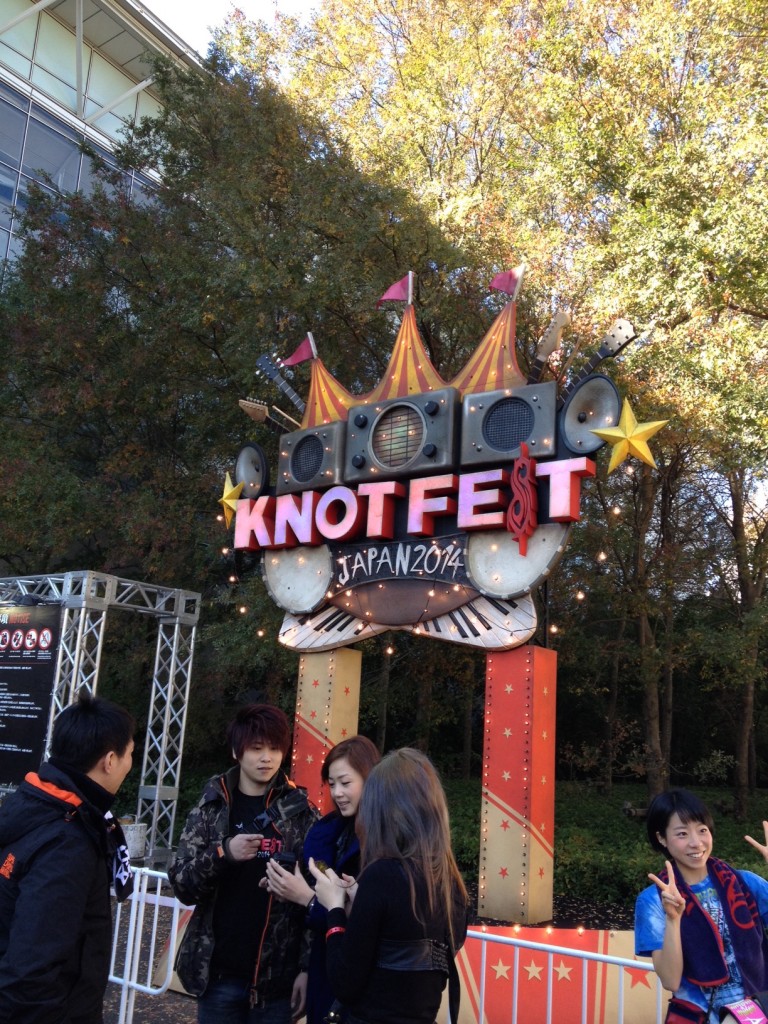 Thanks for answering my questions. It’s taken me some time to absorb. First, thanks for introducing me to the term “reunion-aged.” I feel that’s going to be very useful in a few years when all the NWOAHM bands that have just recently disbanded get back together. Second, I absolutely agree with your sentiments about Kreator and Overkill; age has neither lessened their aggression nor the impact of their live shows (and Mille is only 47–I was surprised by that).

I realize now I failed to include any negative comments in my earlier Loud Park reports. That was probably partly due to positive bias caused by the immediate post-show high, but I like to think my choices about which acts to watch also had something to do with it. However, as is always the case with festivals, there were some problem areas:

The second day of Loud Park is always a bit more of a challenge for us middle-age fans; the first day tends to drain your energy and focus, in the very least leaving you in the twin pains of the hangover and the “bangover” (extreme neck pain).  I mostly side-stepped these problems by drinking moderately and blowing off the morning acts to sleep in and recuperate ( Sorry, Periphery, I was walking my dog when you hit the stage!).

Last night, I went to see Meshuggah live, on their minitour celebrating 25 years of music (with Between The Buried And Me as support). The bands were both in fine form, but it was an odd night, insofar as the band’s conceit of playing a set of material largely in chronological order led to pacing issues.