Although the show was delayed for half an hour due to an equipment malfunction, the Priest delivered the goods (see what I did there?) as only they can. Rob’s voice sounded strong from the onset and if anything only got better over the course of the two-hour show. The injection of energy provided by newbie Richie Faulkner as well as his playful interactions with Rob added new and interesting elements to the band’s on-stage chemistry. I was also struck by how clear I could hear Ian’s bass lines, something you tend not to focus on when listening to their recorded material. The set list was diverse with four songs from the new album, three songs each from classics British Steel, Screaming for Vengeance and Defenders of the Faith, the latter of which is celebrating its 30th anniversary, and a smattering of hits from other albums, in addition to surprise deep cut “Devil’s Child” from Screaming for Vengeance. By fourth song “Victim of Changes,” the band had the crowd of mature Japanese fans wrapped around their fingers. Highlights included Rob’s tremendous singing on “Victim of Changes,” Glenn’s haunting solo in “Beyond the Realms of Death,” and the surprise return of the band to the stage after normal encore closer “Painkiller” for an additional two songs. Rob’s statement remembering the earthquake and tsunami victims on what was the fourth anniversary of the 2011 Tōhoku earthquake was also touching. I thoroughly enjoyed this performance and, although Priest are likely in the last years of their career, their continued ability to perform an energetic and entertaining heavy metal show gives me high hopes for this version of the band moving forward. 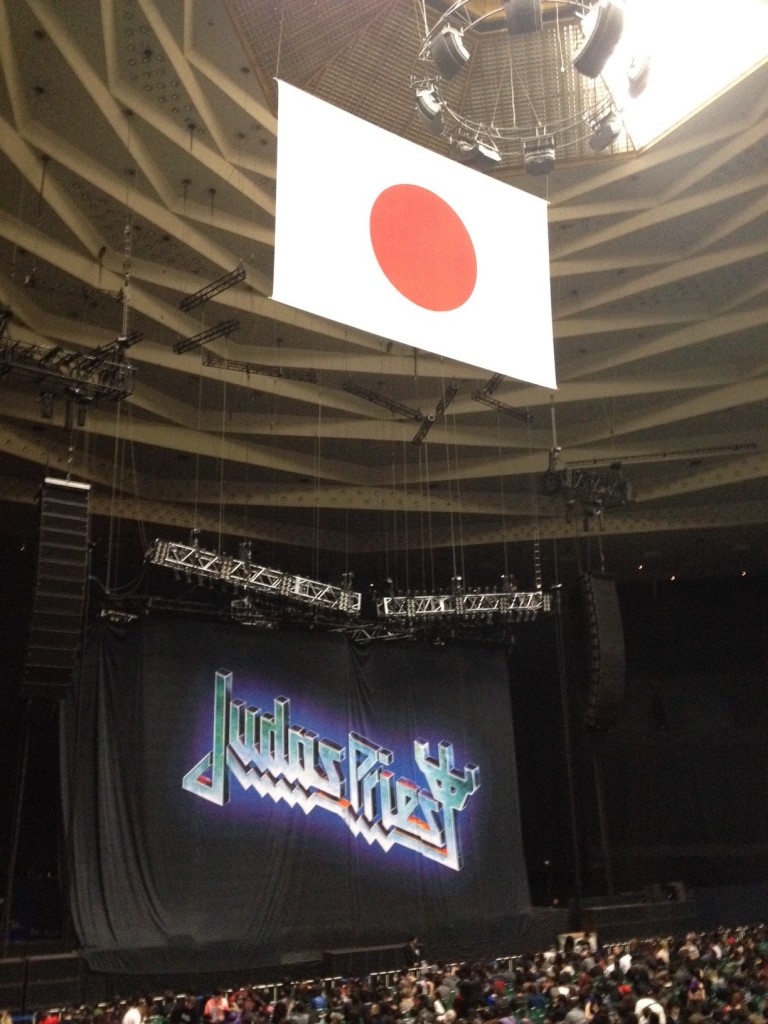