★★☆☆ This album starts out sounding like an amalgam of a few hallmark Machine Head albums (“Burn My Eyes,” “The Blackening”), Metallica’s black album, and latter-day Slipknot. And Hans Zimmer’s “Inception” soundtrack. And maybe a little Pink Floyd by way of Queensrÿche. Welcome to Robb Flynn’s continuing efforts to take the high road (or at least as high a road as you’re gonna find in the East Bay). But if you hang in there past the first couple of awkward tracks, you’ll eventually find the rewarding middle half of the album: a dark, grandiose, crushing, and surprisingly original collection of songs, with an ever-increasing heaviness at the center. Alas, the grandiosity quickly grows unwieldy, and the band’s efforts to harness this ambitious wildness falls apart in the final third of the album. All things considered, this album is a wild ride, worth listening to at least once (selectively), and Machine Head are to be commended for flying high… even if their efforts aren’t entirely successful. 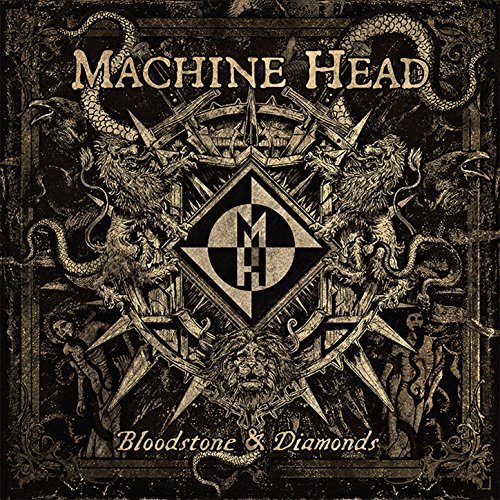