★★☆☆ Belphegor’s well-practiced style of blackened death metal finds a slightly clearer throat, thanks to Jason Suecof’s production values. That the album isn’t particularly varied could also be thanks to Suecof, but let’s be real: Belphegor ain’t the most subtle tool in the shed in any event. New drummer Bloodhammer does a great job pouring on the blast beats, which only undergirds the band’s efforts to sound like a steam locomotive about to blow up. Of course, constant blast beats makes for an exhausting listen, which would have been helped by a little more dynamicism. Still, this is all in all a fun time, and a great example of a band who successfully reminds me of DETHKLOK, only without any hint of humor. 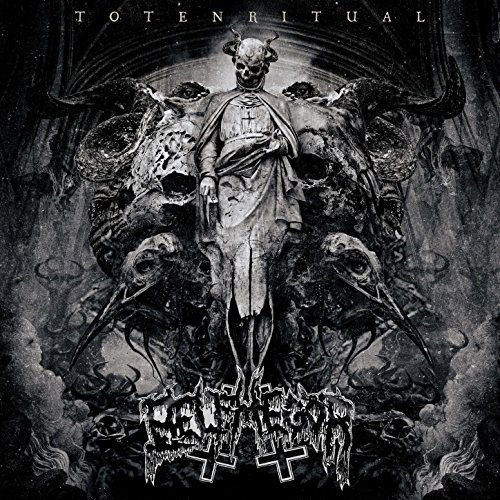