★★★★ Holy fuck. I was all set to give this album two stars as I started to listen to it, but then I gave it a fresh re-listen. It has all the fury of the band’s eponymous predecessor, and the sound is unmistakably Revocation, and at the same time the album sounds like a whole other band altogether. You’ll be forgiven for thinking that this album sounds like metal without actually feeling like proper metal, but that’s just because your mind hasn’t caught up to what your bones already know. “Deathless” perverts metal’s familiar forms with new experiments and in new directions. The surprising and original songwriting aside, the band turn in exceptional performances throughout the album, of course. Between the shredding and the mindbending riffs, it’s hard to count all the jawdropping moments. (I will give a special shout-out to the instrumental “Apex,” a revelation.) This is a must-listen… at least twice. 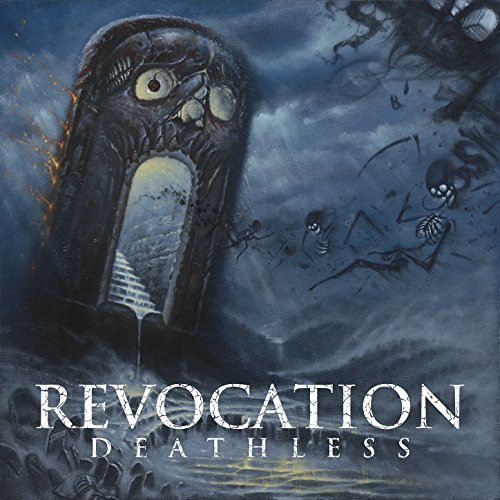