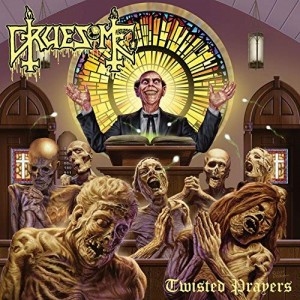 ✦✧✧✧ The good news is that this is often a spot-on homage to Death (specifically, the classic album “Spiritual Healing”). And when Gruesome is in this Tribute Mode (as they largely were on their debut album “Savage Land,” you had a sense of extrapolation into something both old and new. The bad news is that, more often than not, the music on this new album feels like the band simply took Spiritual Healing sheet music, put it in a shredder, taped the scraps back together, traveled from Orlando to Tampa (and from 2018 to 1989), found Scott Burns, and got him to record it.

This is fun: here’s what happens when a Death tribute band makes a new song, heavily inspired by “Human,” and gets Sean Reinert to play drums on it. 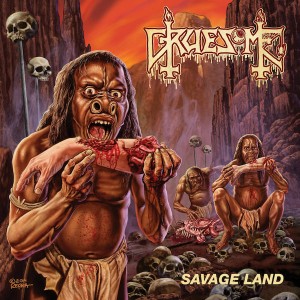 ★☆☆☆ My opinion here bears some explaining. This supergroup and album are quite intentionally a tribute to the first three Death albums (ie: the really lo-fi pre-Cynic ones). As such, they succeed brilliantly: listening to “Savage Land” is like listening to a remastered version of “Scream Bloody Gore,” assuming you’ve never heard a moment of that album before.