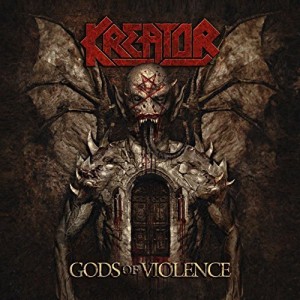 ★★☆☆ Unabashed Eurothrash: speedy, earnest, goofy, powerful. This album chronicles the band in not quite as energized form as they were on Phantom Antichrist, and yet it scratches a very particular itch.

Thanks for your intrepid reporting, as always. Nice to hear that the Haunted and Kreator ripped it up as usual. I was surprised to see they played so much Dolving era stuff—how did those tunes sound? And as for DT, a 90 minute set is like a preshow warm up for them—they must have had to go to another venue to play another 3-4 hours after Loud Park to make it worth their while.

I realize now I failed to include any negative comments in my earlier Loud Park reports. That was probably partly due to positive bias caused by the immediate post-show high, but I like to think my choices about which acts to watch also had something to do with it. However, as is always the case with festivals, there were some problem areas:

Thanks for these excellent reports, JaPaBo! Was Kreator painfully loud, as they were when I saw them with Overkill? Also, I can’t get over Jordan Rudess on keytar (especially what looks to be a bloated two-octave one).

The second day of Loud Park is always a bit more of a challenge for us middle-age fans; the first day tends to drain your energy and focus, in the very least leaving you in the twin pains of the hangover and the “bangover” (extreme neck pain).  I mostly side-stepped these problems by drinking moderately and blowing off the morning acts to sleep in and recuperate ( Sorry, Periphery, I was walking my dog when you hit the stage!).