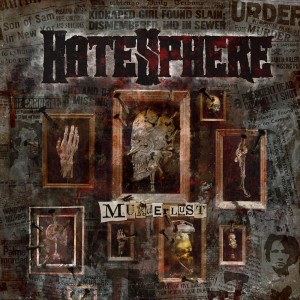 ★★★☆ “Murderlust” is an earnest and driving piece of modern thrash, which manages to innovate even as it holds fast to well-worn metal traditions. This album totally reminds me of The Haunted’s “The Dead Eye” with a dash of Entombed’s “Wolverine Blues.” (Admittedly, there are fans of either band who look down their noses at those two particular albums, but not this guy.)