In my continuing efforts to make The Arsies the best imaginary metal tournament on the planet, I’ve started work on a new scoring system, which feeds into the First Listens. Now, instead of coming up with an arbitrary rating (0 to 4 stars), I’m scoring an album on multiple criteria. This adds up to a star rating, which hopefully will influence the battles come next January.

This system is a little flawed insofar as it’s based on First Listens, and which may very well not apply to the actual final listens during the tournament, but it’s at least a real data point (versus working solely off my capricious moods next winter).

But as a bonus, from here on out, if you hover over the stars rating on my Firsties pages, you’ll see a breakdown of the scores: 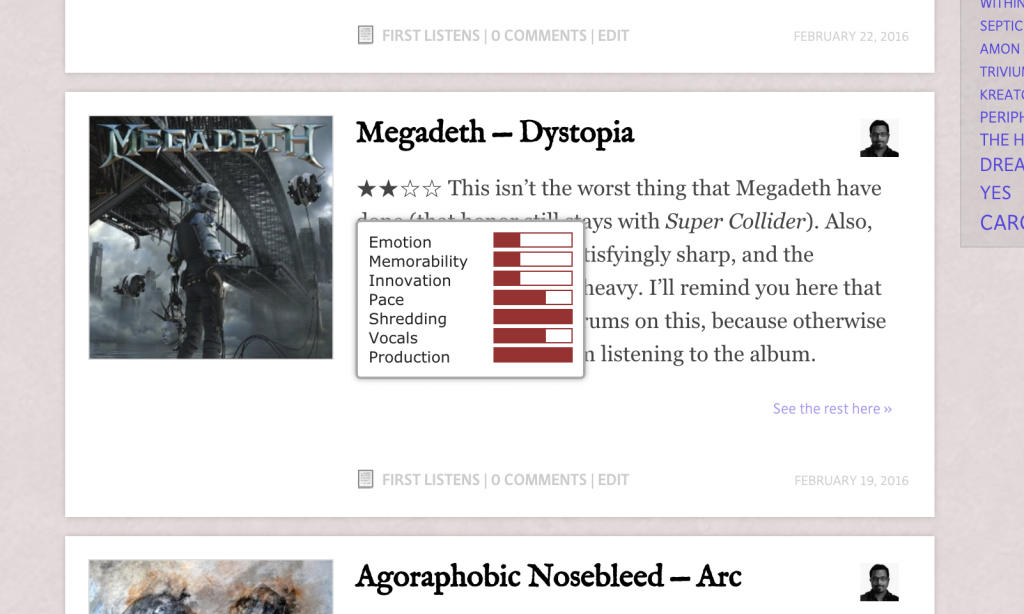 So head on over to the latest Firsties, and take a look at what I really think of these new releases!